Apple has billed their new iPhone X as the best smartphone ever built but reviewers around the world have a different opinion.

I’s okay, but not the best they claim and while several have said that the device is going to take some getting used to others have said that Steve Jobs would not have accepted many of the new features.

That’s the initial verdict from tech reviewers who got time to fiddle with Apple’s new flagship smartphone this week ahead of its launch at Apple Stores slated for Friday.

The $1,826 top end device phone has one thing that most reviewers have raved about and that’s the new OLED screen that just happens to have been made by Samsung who have been using AMOLED screens in their devices for several years, It’s Apples first.

Engadget’s Chris Velazco writes that the iPhone X’s display “is easily among the most impressive” he has ever seen in a phone. He praised the phone’s “subdued and natural” colours, compared to the more vivid display on Samsung’s Galaxy Note 8.

The New York Post said that the screen is” marred by a niggling notch at the top” of the screen.

They also claimed that the Face ID breakthrough technology found in the new device “has its quirks”.

Jennifer Dudley-Nicholson, National technology editor, at News Corp wrote ‘There are times that Face ID doesn’t work, however, and it has a learning curve”

She claimed that if you’re standing with the sun shining behind you, if you cover your mouth, eyes or nose, or if a severe shadow falls across your head, Face ID might not recognise you and will request a PIN.

“While it recognised me with spectacles, it took a couple of attempts to recognise me without them”.

The same issue occurred when I swept my fringe off my face. A couple of attempts later, it’s adjusted to my hairstyles”.

The News Corp reviewer said that While Apple doesn’t reveal all of its specifications, it does admit this phone’s battery won’t last quite as long between charges as the 8 Plus, though it will outlast the iPhone 7 by two hours.

Reviewers, however, had an awkward time with popular apps — including Instagram, YouTube and Netflix — that aren’t yet optimized for the iPhone X’s uniquely shaped screen.

What upset several reviewers is that the iPhone X’s screen has a notch at its top centre that houses the ear speaker and Face ID camera and sensors. The workaround for now, it seems, is for most apps to simply revert to a similar-shape screen that you get with a regular iPhone.

“Jumping into a non-optimized, letterboxed app was more jarring than I expected,” Velazco writes. “When you fire up, say, Gmail, it’s bounded on the top and bottom by empty expanses that frankly make the X look a little silly.”

The Verge’s Nilay Patel likewise noted that Instagram Stories have grey borders on the top and bottom, and don’t fill the whole screen. 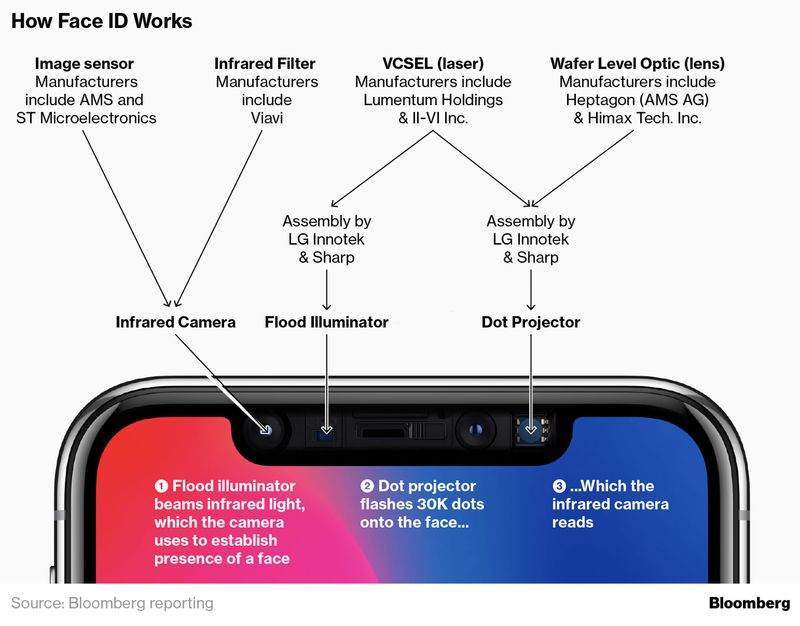 YouTube, meanwhile, makes its users choose between videos either taking up the whole display but having a chunk cut out by the notch, or having thick borders around the top, bottom and sides of the video.

Elsewhere, Patel said he struggled to get Face ID to work properly until Apple clarified that it works best when the phone is 10 to 20 inches from the user’s face which when you’re sitting in a restaurant could make you appear to be a bit “dorky”.

He said that he had to actively think about the way he held his phone any time he wanted to use it, and had to bring it closer to his face than he ever has any other phone.

“‘You’re holding it wrong’ is a joke until it isn’t, and you can definitely hold the iPhone X wrong,” he wrote.

Although Face ID was normally extremely reliable once he got used to holding his phone closer to his face, Patel said it became inconsistent when he used it in bright sunlight or under fluorescent lights, which interfere with Face ID’s infrared face mapping.

CNET’s Scott Stein, meanwhile, found himself longing for the home button that Apple unceremoniously scrapped in favour of its edge-to-edge screen, saying he felt like he’d “lost a thumb.”

All the new gestures that Apple has mapped to the iPhone X’s screen took some getting used to, according to Stein.

“At the end of the first day, I admit: sometimes I missed the simple home button,” he wrote.

So is the device worth the money, unlike the Samsung Note 8 the iPhone X appears to be an experimental device that is testing new technology for the first time. Buying a first version of any device has its risks especially as most people buy a smartphone for its communication capabilities.

Consumers whether they be Android or iOS device users don’t like to be taken out of their comfort zones and I believe that this device is going to take time for people to adjust to the new technology.

I also suspect that the next Samsung device is going to break new technology barriers because at the end of the day Apple is still catching up with their arch rival who manufacturers a large chunk of the new Apple iPhone offering.